Matt Nielsen begins his first season as head coach with a roster that is highlighted by three NBA assignees: San Antonio Spurs assignees Tre Jones and Luka Samanic, as well as flex-assigned Robert Woodard II from Sacramento. Forward Cam Reynolds will suit up for Austin after being part of San Antonio’s 2020-21 training camp roster, while guard London Perrantes comes back to the Silver and Black after playing three preseason games with San Antonio in 2017. Jonathan Kasibabu makes his debut after being selected by Austin in the first round of the 2021 G League Draft, while guard Kenny Williams returns after spending last season with Austin.

Austin will kick off the 2021 season today, Feb. 10, with a matchup against the Memphis Hustle at 10:30 a.m. CT. The game will be broadcast live on FOX Sports Southwest, and fans can stream the game via FOX Sports GO and ESPN+. The roster stands at 13 players. 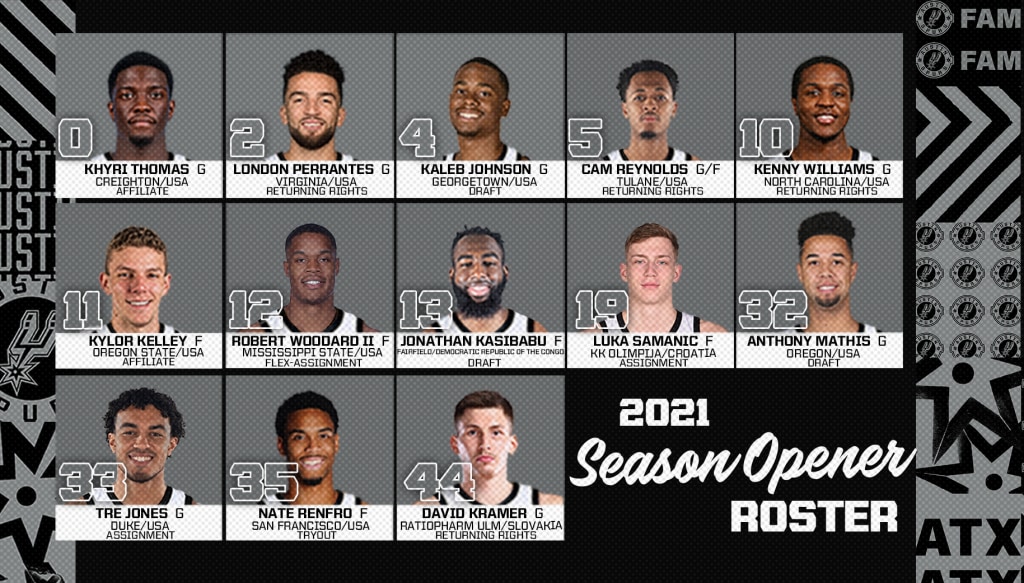