While playing at the University of Houston, he was the recipient of the 2018-19 American Sportsmanship Award his senior year and was named to the 2015-16 American Athletic Conference All-Rookie Team his freshman year. He averaged 6.8 points, 2.8 rebounds and 4.3 assists in 27.7 minutes per game in four years for the Cougars.

Robinson Jr. will wear No. 25 for Austin.

In a related move, the team has waived Malik Pope. 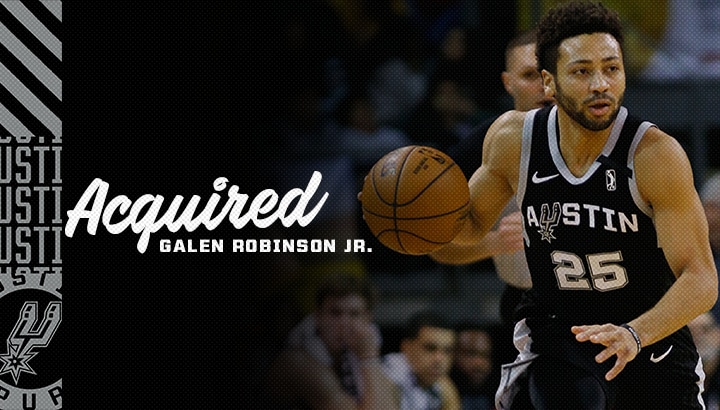