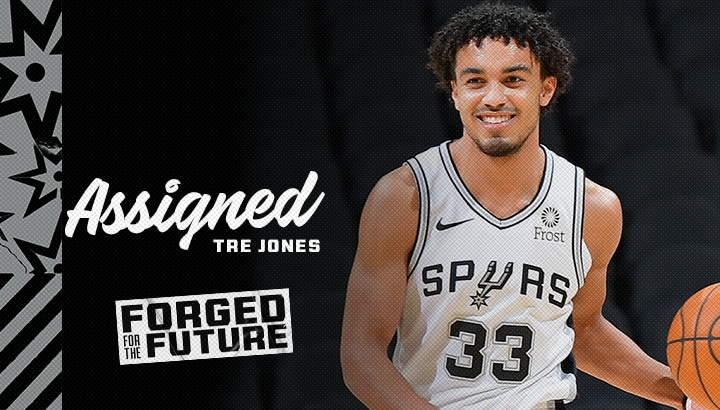 SAN ANTONIO (Jan. 31, 2021) – The San Antonio Spurs today announced that they have assigned guard Tre Jones to the Austin Spurs. Jones joins Austin in Orlando as they prepare to tip off the 2021 NBA G League season at the ESPN Wide World of Sports Complex at Walt Disney World Resort.

Jones has appeared in nine games this season for San Antonio, averaging 2.0 points in 3.0 minutes. Jones was selected by the Spurs in the second round of the 2020 NBA Draft (41st overall).

Just the second player in history to win ACC Player of the Year and Defensive Player of the Year in the same season, Jones averaged 16.2 points, 4.2 rebounds, 6.4 assists and 1.79 steals in 35.4 minutes during his sophomore campaign at Duke. In 65 total games in two seasons with the Blue Devils, Jones averaged 12.4 points, 5.8 assists, 4.0 rebounds and 1.83 steals in 34.7 minutes.

The Austin Spurs start training camp in Orlando today before opening the season on Wed., Feb. 10 at 10:30 a.m. CT against the Memphis Hustle.