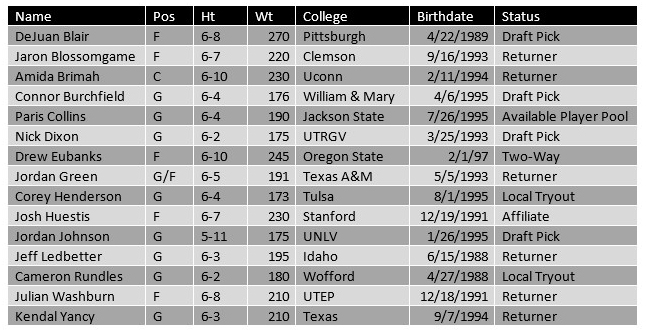 Training camp begins in San Antonio on Tuesday, Oct. 23. All media who would like to attend training camp practice must contact Lauren Venticinque at lventicinque@attcenter.com for more details.

Both individual game tickets and season tickets for the 2018-19 campaign are available. To become an Austin Spurs Season Ticket Member, call (512) 236-8333 or visit AustinSpurs.com for more information and the full season schedule.