The team will host a variety of events during the season, including their annual Spurs Affiliate, School House Jam, College and Career Readiness, Military and Pink Nights.

To accommodate the NBA G League’s continued growth, the two conferences have been realigned and divided into three divisions each for the 2017-18 season: 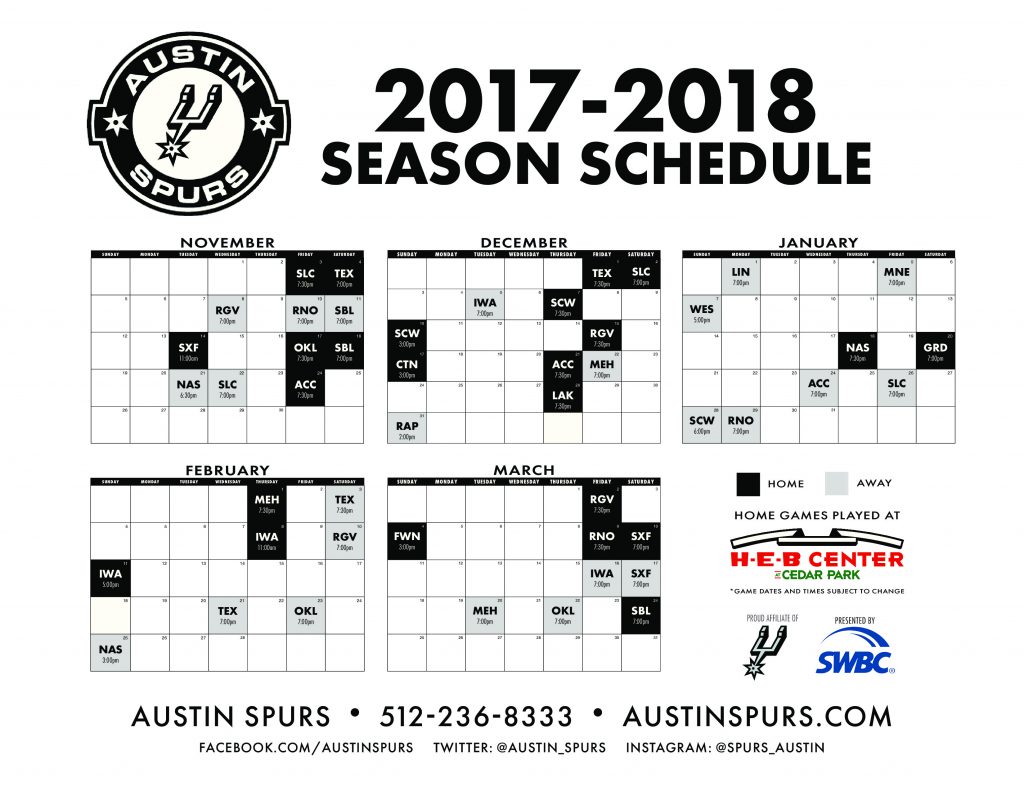